Mutuelle Bleue have named the project “Target 40%”, with 40% being the proportion of cancers that could be prevented with behavioural changes. Their program encourages the practice of regular physical activity and a balanced and diversified diet to help prevent cancer.

Aware that prevention alone is not enough, Mutuelle Bleue have been involved with the leading French cancer centre, Institut Curie, for over 10 years. The Institut Curie has an internationally renowned research centre and a state-of-the-art hospital that treats all cancers.

For Olivier Raimbault, Operational Director of Mutuelle Bleue: “Our experience as an official supplier of the Route du Rhum - Destination Guadeloupe has fulfilled all the objectives we had set for ourselves and hinted at the potential to go even further. It is therefore quite natural that we wanted to pursue a title partnership. In view of our commitment to health prevention, we have joined forces with the Institut Curie to create a concept that allows us to raise awareness for cancer - from prevention through leading a healthy lifestyle to support and care and the need for donations to encourage research. Sailing represents an excellent way to communicate this message and is also based on common values.

Sailor, Amélie Grassi has chosen Italian, Ambrogio Beccaria to join her on this mission, with the two young stars sharing the same thirst to win. Recently back from a great result in the Mini Transat, Amélie is looking forward to joining the Bénéteau Figaro 3 circuit for this legendary transatlantic race which will start on April 19, 2020 from Concarneau to Saint Barthélemy in the Antilles.

Amélie commented: “Like many people, cancer is a disease that speaks to me because it has affected some of my relatives. I am happy to be able to embark on this project in a very positive and dynamic awareness campaign. It makes sense to me as a sportswoman to promote the importance of taking care of your body and diet.

“I already sailed in Figaro Bénéteau 3 last year with Loïck Peyron. After my Mini Transat, I really wanted to participate in this transatlantic race. I am very happy to take Ambrogio with me as we have been training partners for 2 years. We are very close, we work well together on the water and we understand each other well. The adventure promises to be beautiful and I am committed to it! “

For Hervé FAVRE, CEO OC Sport Pen Duick: “At the beginning of 2019, we opened Le HUB by OC Sport in Lorient, marking our return to the management of sports projects which was where we originally started. We saw great results from this, including going on to win the Solitaire URGO le Figaro 2019, a legendary race in the elite French offshore racing championship.

“It is with great enthusiasm that we are embarking on a long-term partnership, this time across the Atlantic. Indeed, Mutuelle Bleue, already official supplier of the Route du Rhum - Destination Guadeloupe in 2018, have made the bold choice to become the title partner of a Figaro Bénéteau 3 on the Transat AG2R LA MONDIALE. Their objective is an important one and one that we are proud to carry.” 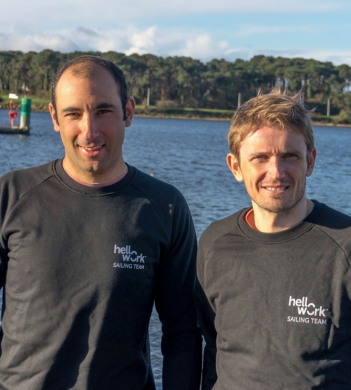 After a successful Solitaire URGO Le Figaro in 2019 with Yoann Richomme, HelloWork returns this season, with the Figaro Bénéteau 3 ready to take part in La Transat AG2R LA MONDIALE. This time it will be Fabien Delahaye and Benjamin Schwartz, already training partners at Le HUB by OC Sport, who will take up the challenge!

A Very High-Quality Field Set to Start The Transat CIC

The legendary passage across the North Atlantic has proven one of the most difficult challenges to the solo sailor over the last 60 years. Although the start and finish ports for the 15th edition of The Transat CIC have changed from the traditional course, now leaving Brest in France on May 10th 2020 and finishing in Charleston, South Carolina in the USA, it will still be one of the toughest solo tests in ocean racing... 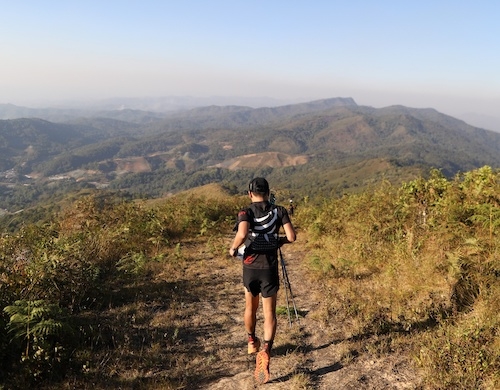 UTMB® Group, pioneers in the creation and organisation of world-class trail running events, have today announced the launch of their newest international event, Thailand by UTMB®.