Going the extra miles… The rise of Ultra-Trail running

A standard full marathon is 26.2 miles and to complete one requires hard work and dedication. For many, the prospect of completing a marathon is a huge personal challenge - and rightly so. But what drives runners to go even further?

In recent years there has been a huge surge in the number of ultramarathons and ultra-trail running events. These events are an incredible test of the human body and spirit, taking participants into the realms of suffering and self-discovery.

Michel Poletti and his wife Catherine co-founded the UTMB Mont Blanc in 2003. Since then it has become one of the world’s most over-subscribed races that sees the largest gathering of trail runners in the world ready to take on the iconic trail races which range from 170 to 40 kilometers, and travel through France, Italy and Switzerland on there way around Mont Blanc.

Over recent years the UTMB has become much more than just a race – it is the must do trail running event and demand for entry has continued to grow with a 68% increase in applications in just three years. Incredibly, in 2019 the organisation received more than 26,000 applications for only 10,000 places.

To manage this, in April this year, the organisers announced a new entry procedure including a more flexible lottery system and qualification via new international events.

An ultra-trail runner himself, Michel believes it is the spirit of adventure and voyage of discovery about oneself that is driving this phenomenal growth, which he sums up as: “The taste of adventure in nature, the taste of discovery. To prove to oneself and to others that you are is capable of great things. To know each other better and to discover your own limits.”

Those limits are both physical and mental. Ultra-trail runners often talk about the need to dig deep inside and push away the doubt that inevitably creeps in when running over 100 miles. Michel is a strong believer that goal setting is a key part of any ultra-trail runners’ preparation. “Without a goal it is almost impossible to train enough. Without a goal, we always have a good reason for not training.”

He continues: “The physical preparation is extremely important because the body must be able to make an extraordinary effort. But even so, there is always a moment during the race where the body is exhausted and it is thanks to the mind that you can continue to progress and finish. In these very long races there will always be moments that aren’t so good, and others of Euphoria… It is the mind that will manage this.”

He also highlights the fact that unlike many other sports, the focus for most is not on results. “The physical and mental effort is such that the real personal achievement is simply to be able to finish. To race at the heart of nature is above all to confront oneself, to be able to progress in a difficult environment, no matter the time and the finishing position.” 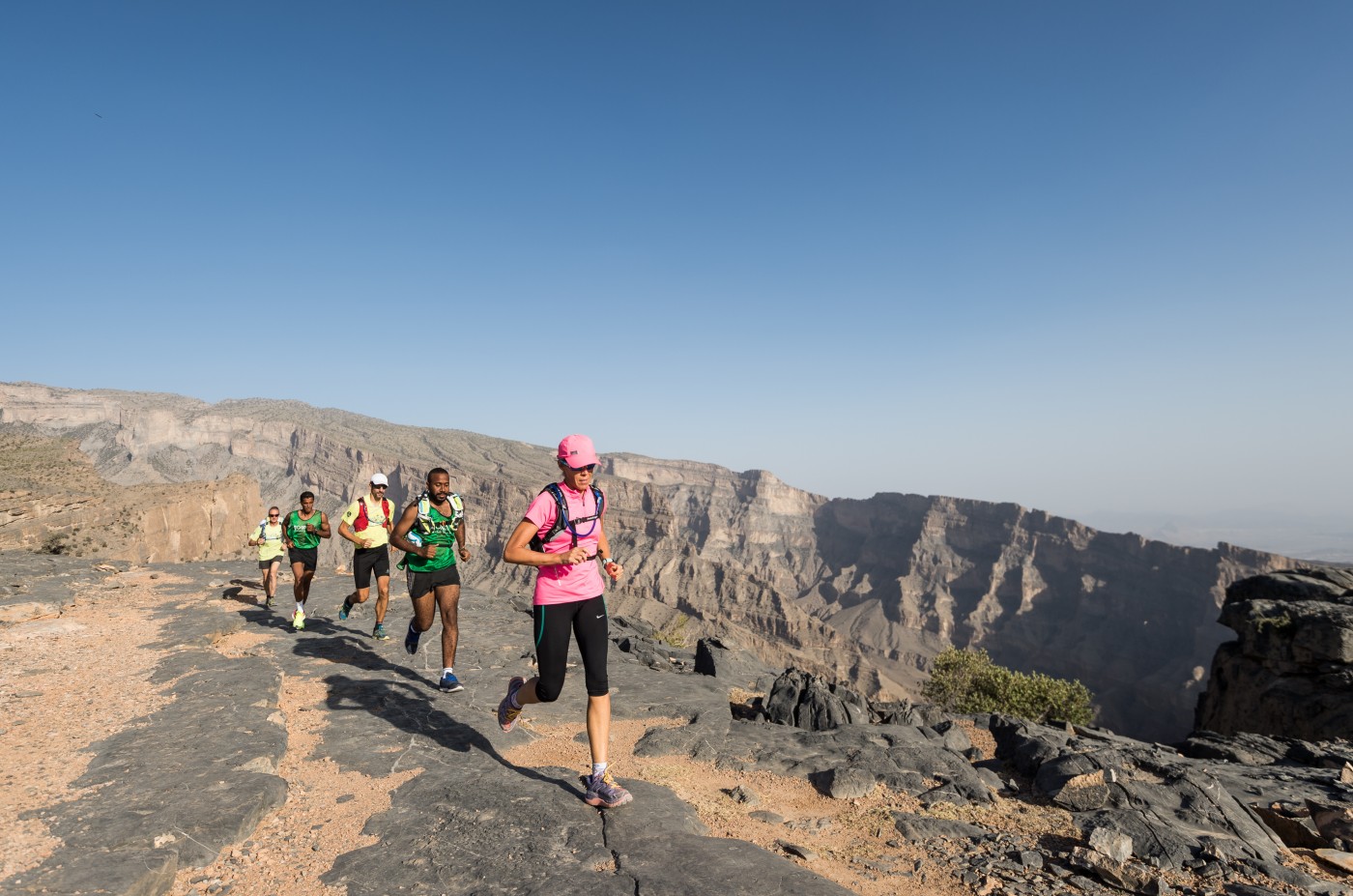 Adventure has always appealed to the human spirit, and as we find ourselves more connected in our day to day lives and less able to switch off, Michel believes this ‘call of the wild’ is one of the main drivers of the growth in ultra-trail running. “Most humans now live in cities, in an increasingly comfortable world where everything is automated, secure and planned,” he says.

“For our ancestors, life was difficult and physically demanding every day. We are looking for our roots, those of the hunters of early history. This need for adventure and surpassing oneself is constantly growing in our modern society.

“For most runners who live in the cities, it is the possibility to leave the city and modern comforts and to be alone with nature and face oneself. This is the essence of trail.”

As this desire to discover rises and the demand for ultra-trail events increases, Michel and Catherine teamed up with global sports marketing company OC Sport in 2016 to form UTMB International, a company that seeks to support the creation of new, major and open-to-all UTMB-labelled events around the world. Each event is organised with the same high-quality standards of the UTMB, and venues benefit from the association to a world-leading brand.

Catherine’s explanation of the ambitions of UTMB International are a little more romantic than that. “We want to create the most beautiful races of the world in the most beautiful mountains of the world. UTMB has always played a strong role in the development of trail running. It was the right time to share UTMB with others, and to expand outside of Mont-Blanc.”

The first of these franchised events took place in March 2018 in the Chinese Province of Yunnan, in what is considered ‘undiscovered China’ offering a tropical terrain. Since its first edition, the ‘Gaoligong by UTMB’ has become a major event in the Asian calendar. A natural strategic decision for UTMB International, given the number of Chinese participants in the UTMB Mont Blanc, the growing trail-running community in China and all over Asia.

Following that, the inaugural ‘Oman by UTMB’ took place in December 2018, and attracted trail runners from 57 countries to run in the Middle East for the very first time.That event in particular is part of a long-term strategy by event organisers Oman Sail to promote Oman as an outdoor and sports tourism destination. The remote 137km course saw the runners take on everything from the heights of Jebel Al Akhdar – the Green Mountain – to running through ancient, deserted villages, demanding a real capacity for personal self-sufficiency from the participants.

Most recently in early April 2019, the first ever ‘Ushuaia by UTMB’ took place at the extreme South of the Argentinian Patagonia, where true Alpine mountains plunge into the Beagle Channel between the Atlantic and Pacific. Runners hada choice of four distances including a 130km trail for those looking to venture in the southernmost tip of the Andes.

The Ushuaia event was a 360° experience for the 1,000 athletes who finished the race despite having to battlestrong winds, rainfall, low temperatures, and trails entirely covered with snow.

All these events surpassed expectations with runners from around the world flocking to these far-strung places. Michel attributes this to the appeal that untapped destinations can offer as an alternative experience of a location. And of course, the stamp of approval from the leading trail-running brand, UTMB.

“There are quite a few destinations in the world that have such symbolic strength, that are synonymous with natural beauty and which have preserved the natural environment. These are destinations where, during a race, we can find the spirit of adventure of the great discoverers of the last centuries.” 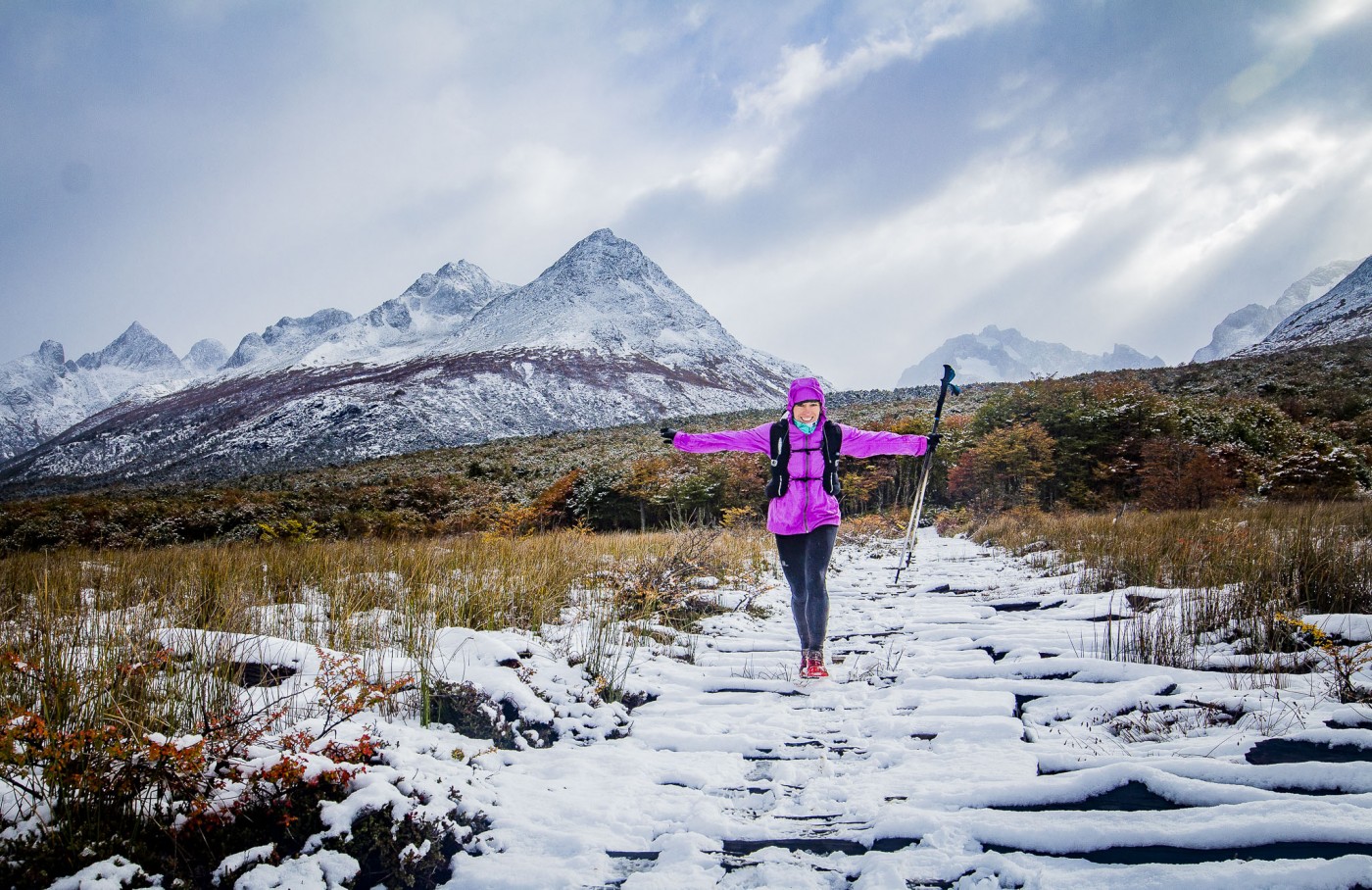 And what is next for UTMB International? “Our goal is to continue to support the expansion of trail running and to structure it, to create an exciting and harmonised story – as it exists already in other endurance sports. We are only at the beginning of a major growth plan that will be implemented in the coming years.

“UTMB International’s objective is to support the development of more than 20 UTMB labelled events across all continents in the mid-term. We will support race organisers by all means, so that after a few years, the best events in each continent will be able to achieve the same results and the same recognition as UTMB Mont-Blanc today.”

Part of this new strategy is a recently announced partnership between UTMB and the Ultra Trail World Tour (UTWT), which will see events from the UTWT become qualifiers for the UTMB Mont Blanc.

According to UltraRunning.com, ultra-trail running has experienced a 14% average increase year on year in the number of participants over the last 25 years, and it is showing no signs of slowing down.

Born in the US, the sport has seen massive growth in Europe, and more recently has been booming in Asia/Pacific, particularly in Japan, China and Oceania, and things are now moving significantly in South America.

As the demand from trail runners has exploded in recent years, logically the number of events has followed the same trend. There are now 4,300 races recognised and certified by the International Trail Running Association (ITRA), and there are an estimated 10,000 events worldwide. In China alone over the last five-six years, the number of trail running events has grown from none to 1,500.

And it’s not surprising. As Michel says, most ultra-trail runners are looking to test their own mental and physical limits. The appeal to escape the norm and connect with nature is what makes it special. It’s not about who beats who, but about getting to the finish line and achieving something extraordinary alongside like-minded people. And while the UTMB brand expands around the globe, it continues to be driven by the same and unaltered values since its inception – a constant quest for innovation and to develop trail running.

Those interested in finding out more about UTMB International and its events should visit https://utmbworld.com. 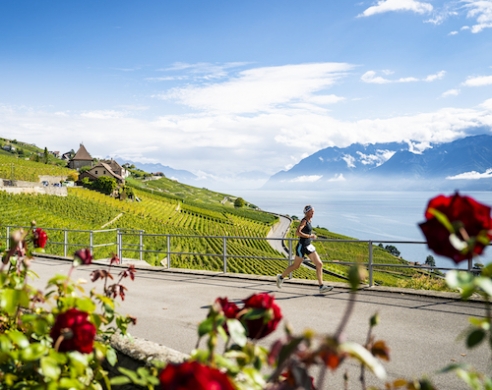 180 teams set off on Saturday 24 September from Montreux to complete a 220km relay around Lake Geneva. 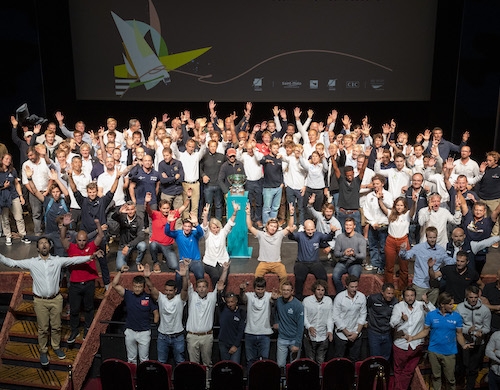 On this 12th Route du Rhum - Destination Guadeloupe, 138 solo racers with compete on the classic race which leaves Saint-Malo and heads across the Atlantic to Pointe a Pitre, Guadeloupe. 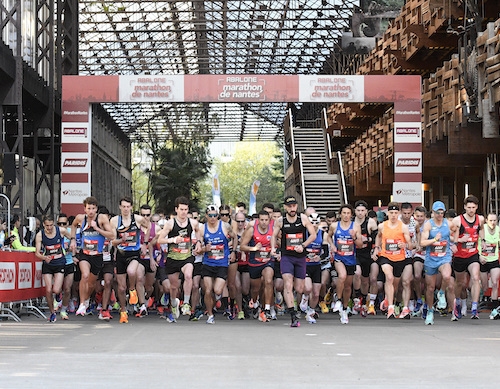 SPORT OUEST ORGANISATION JOINS THE OC SPORT GROUP,  A LEADING PLAYER IN THE WORLD OF SPORT