A record number of entires for the 2022 edition of the Ultra Marin®.

The 2022 edition of the Ultra Marin® is now sold out across all seven of its race formats. Having opened its registrations on November 3, 2021, runners were quick to secure their place on the start line, with more than 6'000 people already registered by mid-January. Since then, entries have continued to come in at record pace, with 8'935 participants expected for this 17th edition, exceeding the previous participation record of 7'987 set in 2019.

Since its creation in 2005, the Ultra Marin® has continued to grow, attracting more and more runners, from long distance runners to beginners looking for thrills and challenges.

The 2021 edition was marked by Covid-19, and the organizers of the 'Ultra Marin® were able to run an adapted edition, with a maximum of 1'000 participants per race enforced. This 2022 edition marks a return to normal - a race in beautiful conditions and a program full of animations and activities.

Favorites on the starting line of several formats

Having already won the Grand Raid of 175 km in 2019, Pierre Legendre will once again be on the start line, this time of the Raid of 100 km. Stéphane Gicquel is coming back to the 175 km Grand Raid after his victory and his 3 years of absence.

After his victory in the Grand Raid of 175 km in the 16th edition, Pierre Legendre returns this year to participate in the Raid of 100 km. This will not be his first Ultra Trail this season. Since January 2022, the Bretilian has taken part in a number of races, with many podium finishes, notably on the Trail du Kreiz Breizh and the Bretagne Ultra Trail. He set the record for the event in 16:17 last year and maybe he will do the same this year.

Stéphanie Gicquel is one of the favorites of this 17th edition. Winner of the Grand Raid three years ago, she returns to the same distance this year. This great adventurer has a record of achievements that would make more than one dream, and since her last participation in 2018 she has taken on many new challenges. In 2019, she was a finalist at the World Ultra Long Distance Championships (24 hours - 240.6 km - 7th in the world). That same year she finished third in the World Marathon Challenge, a competition of 7 marathons over 7 days and 7 continents (295 km - 25h42).

And this year again, some runners will retuen to challenge for their title. This is the case of Jennifer Delloux on the 100 km Raid and Sébastien Dos Santos on the Nordic Walking - 29 km.

ebastien Dos Santos, the winner in 2021 of the Nordic Walking - 29 km, will participate for the second time in this format and hopes to climb on the first place of the podium again.

​​Familiar faces such as those of Patrick Gachet and René Heintz will also be on the start line. These two runners would not miss an edition of the Ultra Marin® for anything in the world. Finishers since the very first edition, these two emblematic figures of the event will try once again to reach the finish line of the Grand Raid 175 km. Patrick Bernard, a visually impaired athlete, will also try to complete his crazy challenge, finishing the complete tour of the Gulf of Morbihan.

All these runners can be followed through the live broadcast of the race, which will be available on the website and on the social networks of the event, as well as via the follow-up on the Livetrail website. Bib numbers have already been allocated as follows: 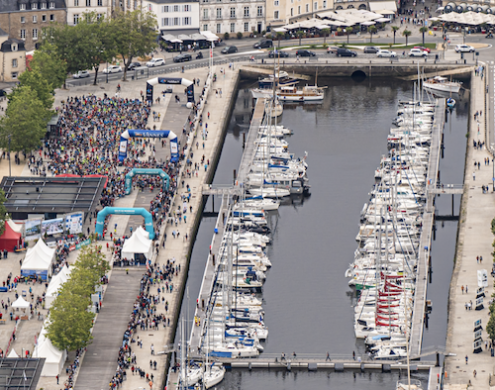 With its Race Village in the port of Vannes, the Ultra Marin® will bring a celebration of running to the city for a weekend 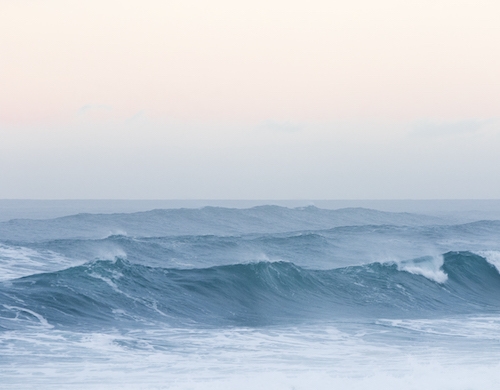 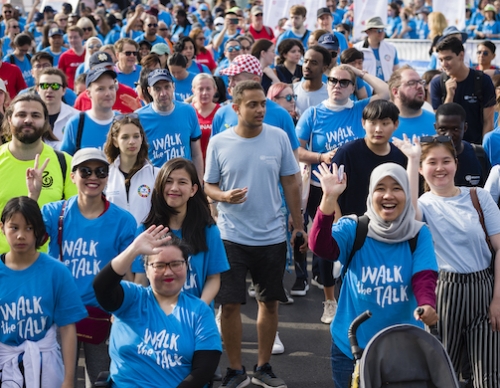 Closing of the 3rd edition of Walk the Talk in Geneva

The 3rd edition of "Walk the Talk: the Health Challenge for All" organised by the World Health Organisation (WHO) took place on Sunday 22 May in Geneva. The event aimed to encourage people to move for their health, in Geneva or elsewhere around the world.